I am very pleased to participate in this unique blog tour event for the latest in CS Duffy’s “Darkness” series. A tour with a difference, this is a crime fiction treasure hunt with a short prequel to Claire’s Darkness series published across a number of blogs on a daily basis! Each chapter will have a link to the blog to allow you to follow the story and perhaps discover some new book bloggers along the way!

The blurb for the Darkness series says:

Now Ruari and Amy are closing in on the same man – but every step they take draws them deeper into the killer’s web.

Now you have an opportunity to read a prequel as an introduction to this fascinating and thrilling series.

So, the prequel blog tour started yesterday with the 1st Chapter on Sharon’s blog Chapter in My Life.

Today, I am delighted to bring you the 2nd instalment right now. Tomorrow’s chapter link is from Susan’s blog, Books From Dusk Til Dawn.

Detective Chief Inspector Jacob Adagbon was just tucking into the Banga soup his mum had made for his lunch when a tall, thin guy he didn’t know poked his head around his office door. Jacob’s heart sank.

That weekend, his five siblings and their various broods had all descended on his mum’s in Hackney, and over Sunday dinner Jacob had discovered his four year old nephew fervently believed that if he closed his eyes he was invisible. ‘I was here the whole time!’ Azi hooted in triumph every time he opened his eyes again and Jacob pretended to be stunned by his sudden reappearance.

As the intruder stepped in and shut the office door behind him, Jacob only just resisted the temptation to close his eyes and hope he was invisible.

‘Sorry to disturb your — dinner?’ the intruder grinned.

Jacob slurped another mouthful of soup, letting Ben Richards hover awkwardly in front of him. ‘Alright. So what can I do for you?’

‘Oh yes, yes of course, apologies. I won’t take up much of your time.’

‘It’s about the Dancing Girls Killer.’

‘Well sort of, not exactly. I’ll explain, as quickly as  I can —’ Ben Richards grabbed a chair and sat, leaned forward, his dark brown eyes sparking with intensity. Jacob finished his soup and tossed his mum’s Tupperware in the bin.

‘I think you can keep those.’

‘I beg your pardon?’

‘The container, for your lunch.’ Ben pointed at the bin. ‘You can wash it.’

‘What about the Dancing Girls Killer?’ Jacob snapped, pleased when Ben jumped a mile.

‘Well like I said, I’m in the data media unit, and — you remember how it was believed that the killer met the victims on that dating app, Crowded Room?’

‘The thing is, Sir, after the killings stopped, the app disappeared. Just sort of went pouff, off the internet, deleted from every user’s phone.’

‘Obviously, that was before my time, but I think we sort of assumed that the bad publicity or whatever made the founders, or investors or something, panic. We were never able to trace who they were, then the app was gone anyway, so that was sort of that.’

‘Crowded Room. It’s online again, launched a week or two ago, it looks like, but not down here. It’s only available in Glasgow.’

Just Before Dawn: Episode One: http://amzn.eu/d/5jJwPju

Just Before Dawn: Episode One: https://www.amazon.com/Just-Before-Dawn-Episode-Darkness/dp/1720146950 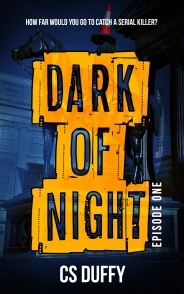 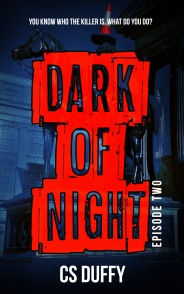 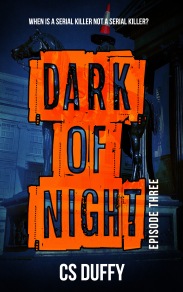 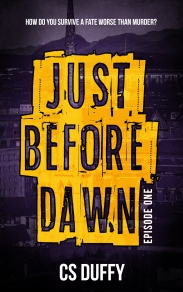 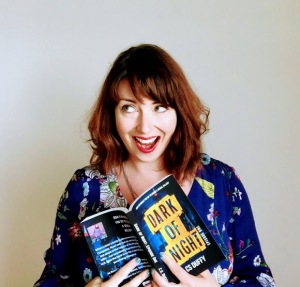 C.S. Duffy writes psychological suspense thrillers with a healthy dose of black humour. Her background is in film and TV. She has several projects in development in Sweden and the UK and her other writing has appeared in Elle Canada and The Guardian. She is the author of Life is Swede, a thriller that was originally written as a blog – leading several readers to contact Swedish news agencies asking them why they hadn’t reported the murder that features in the blog. She is the author of Dark of Night and Just Before Dawn, a thriller series set in Glasgow which was selected for a Spotlight slot at this year’s Bloody Scotland.

See the next chapter tomorrow at: 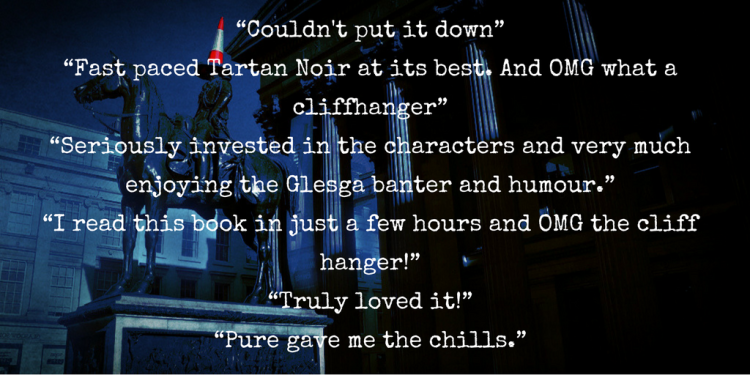