Sarah has no memories. She just knows she was found, near death, on a beach miles from her London home. Now she is part of a medical experiment to see whether her past can be retrieved.

But bad things seemed to have happened before she disappeared. The police are interested in her hidden memories too. A nice man she meets in the supermarket appears to have her best interests at heart. He seems to understand her – almost as if he knows her…

As she fights to regain her memories and her sense of self, it is clear that people are hiding things from her. Who are they protecting? Does Sarah really want the truth?

I have a double treat today for my blog. First my review of this intriguing and fascinating book and then an insight into memory from the author.

This book took me on a fascinating journey. I was at first intrigued by the premise. The idea of a woman who has clearly undergone a traumatic experience and whose short term memory has largely gone and left her with a badly fragmented long term memory is certainly a riveting one. It means that Sarah is the epitome of an unreliable narrator, because she literally knows nothing much about her life at all. And what the reader sees, hears and experiences comes through Sarah’s eyes.

Sarah is being attended to by a medical team who are researching this area of medical knowledge and so she is subjected to a battery of neurological and psychological tests, clinical visits, prescription drugs and other stimuli to aid their research and her recovery, though which they put first is questionable. What Sarah does know is that the stimuli they are giving her are entirely without background or context, so there is no way for her to know whether she should be responding with recognition to the images she is shown. In part, this is because the team are wary of implanting false memories, but is there something more behind it? You have to bet there is.

Isolated by the team from her family and friends, none of whom she remembers, there is a lot Sarah is not being told and though she is frustrated that she can’t grasp her memories, she meekly accepts the treatment she is given.

Things begin to change though when she meets a man in a supermarket. Though wary of him, she finally allows herself to be persuaded into having coffee and their relationship develops. But is this man all he seems to be? And is he a force for good or otherwise? The medical team, from whom Sarah initially hides this new relationship, are divided.

The police are also very interested in Sarah’s recovery and there is some reprehensible conduct as they too try to establish why Sarah claims not to be able to remember anything or anyone.

I can only imagine how horrible it must be to have no memories; no idea of who you are or what relationships you have and the awful terror that must accompany that feeling of being so ‘lost’.

Not knowing who you are and what you mean to people- and vice versa must be truly awful.

Sarah is a character who copes, so she is not without resourcefulness and as we learn more about her we come to like her quite a lot. The detail of her life really drives home that isolation she experiences and explains her willingness to connect with someone who is interested in her and not her medical or psychiatric issues.

I have to admit that I did find the first half of the book a bit slow going, though I think that’s because Jean Levy lays down a lot of necessary groundwork to convince the reader of the authenticity of the premise. Nevertheless, I think that first half could usefully have some additional editing.

What I did find though was that having been initially wary of the whole idea, by the time I had got half way through I was utterly hooked. The pace really picked up and I needed to know what had happened to Sarah and how all the issues that cropped up were resolved. That’s the sign of a real winner for me and What Was Lost did not disappoint.

This is a beautifully written book. Full of secrets, intrigues, suspense, and mystery it is a psychological thriller that keeps you guessing and though you may get an inkling of what has happened, the full story is still both thrilling and surprising. I really enjoyed it.

Remembering. It starts at birth, probably before, loading the data into a powerful neural complex, constructed for easy access. First of all images, sounds, then words, rules, facts, what not to eat, where not to go, what not to do: don’t forget your passport, don’t forget to let the cat in. All of it has to be remembered. Remembering is assumed. Until the point when things go wrong. And there are a lot of things that can go wrong. But, let’s start with the inconveniences, things you don’t want to remember: the embarrassments, the horrific moments, well, those are a cert for recall. On the other hand, who hasn’t experienced the rush of perfectly-recalled revision notes that replace the empty head just as you walk out of the exam room? And then there are the things that really go wrong, that have so often made for good fiction:

The protagonist in The Girl On The Train (Hawkins), is an unreliable narrator due to alcoholic amnesia; Alice in What Alice Forgot (Moriarty) has retrograde amnesia caused by brain trauma; in Before I Go To Sleep (Watson) Christine’s head injury has caused retrograde and anterograde amnesia, and likewise Yoko Ogawa’s mathematician in The Housekeeper and the Professor has only 80 minutes of short term memory, so new memories are constantly being lost. A different Alice, a linguistics professor, slowly loses her past to Alzheimer’s in Lisa Genova’s Still Alice. But let’s not forget Christopher Nolan’s Memento, amnesia immortalised by the sight of Guy Pearce tattooing reminders across his bronzed body in an attempt to find his wife’s killer. And then there are the controversial areas of memory repression and false memory syndrome. So many ways for things to go wrong, so many opportunities for an author to withhold information, add mystery, build tension. In What Was Lost, Sarah has experienced some kind of trauma. Her injuries are minimal but her memories are denied her right back to the innocence of childhood. Recovering her past means discovering things that might be better left forgotten. But who can she be without her past? Who can anyone be without their past?

Why does memory loss fascinate me? Because it happened to me. Not just forgetting where I put the car keys but worse than that. It was a whole chunk of summer I forgot, a stretch of perhaps six weeks when our good friends were staying with us. Weirdly the forgetting didn’t happen for over five years. I’d had a routine anaesthetic, recovered quickly and thought nothing of it, until soon after somebody mentioned that summer. And it was gone. I could remember two clear isolated moments that happened during those weeks: moments I’d remembered since. I could remember accurately the months before and after, but not a single detail of my friends being in our house. Nothing. As if it never happened. However, much people tried to remind me those memories never came back. It was assumed it was the anaesthetic. It happens. I might have forgotten other times. Who knows what you forget if you’ve forgotten it? But those should have been shared memories. It was unnerving, because deep in our souls we know that we survive because we remember.

Memory is pretty much all that we are. 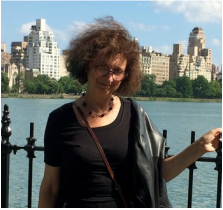 Jean Levy spent several years in genetics research before abandoning the laboratory to pursue a career in academic publishing both in Holland the UK. She has been a database troubleshooter, an editor, and a writer for publishing houses, pharmaceutical companies and the EU. She has degrees in Botany, Pathology, Philosophy, English, Law and Creative Writing and is currently completing a doctorate in Linguistics.

In her spare time she has campaigned for the environment and read a lot of books, the most memorable being Alice in Wonderland, Pride and Prejudice, everything by Margaret Atwood and Jeanette Winterson, and a few things by Sebastian Faulks, Calvino, Ian McEwan, David Mitchell and Shakespeare.

She currently lives in a converted barn in the South Downs with her husband and a Heritage Plant Collection, accumulates Christmas tree decorations and aspires to writing multi-genre fiction, travelling on the Orient Express and seeing the Northern Lights. 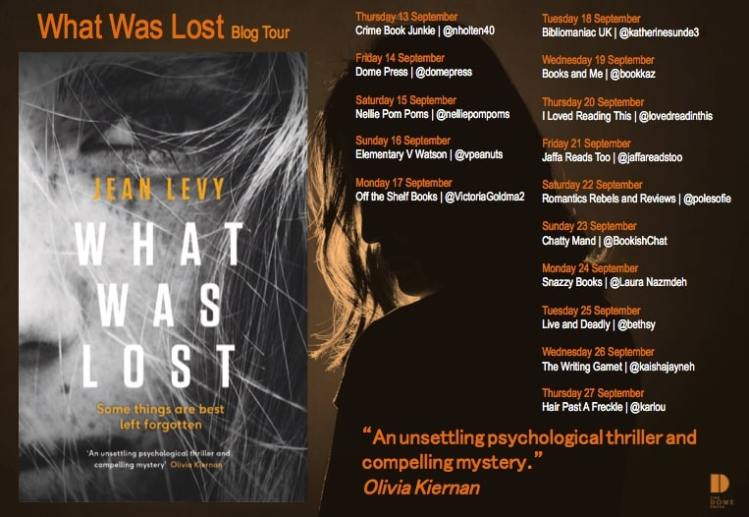 My thanks to Emily Glenister and Dome Press