It is my great pleasure to welcome Gary Raymond on to Live and Deadly today. 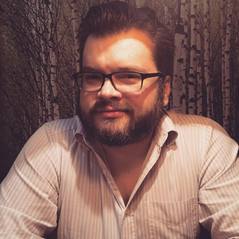 Gary Raymond is a novelist, critic, editor and broadcaster. He is one of the founding editors of Wales Arts Review, and has been editor since 2014. He is the author of two novels, The Golden Orphans (Parthian, 2018) and For Those Who Come After (Parthian, 2015). He is a widely published critic and cultural commentator, and is the presenter of BBC Radio Wales’ The Review Show.

His most recent book, The Golden Orphans, has been described as: ‘A sharp, pacy novel that has all the best hallmarks of the literary thriller…’ Patrick McGuiness

Within the dark heart of an abandoned city, on an island once torn by betrayal and war, lies a terrible secret…Francis Benthem is a successful artist; he’s created a new life on an island in the sun. He works all night, painting the dreams of his mysterious Russian benefactor, Illy Prostakov. He writes letters to old friends and students back in cold, far away London. But now Francis Benthem is found dead. The funeral is planned and his old friend from art school arrives to finish what Benthem had started. The painting of dreams on a faraway island. But you can also paint nightmares and Illy has secrets of his own that are not ready for the light. Of promises made and broken, betrayal and murder…

The Golden Orphans offers a new twist on the literary thriller.

Sounds absolutely fascinating and is already on my must read list.

I asked Gary to talk about the 10 books he wishes he had written and why.

I think most writers dream of creating a character that endures in the public consciousness, and if you can create a recurring character, one who you can watch grow and develop over time, that is even more rewarding for both writer and reader. With Tom Ripley, though, what endures is his darkness, his evil, as well as his charm. Highsmith was perhaps the greatest psychological thriller writer of the twentieth century, and Ripley was her greatest and most terrible gift to the world.

I think all good writers should deviate from the rules, and so I immediately go to a short story next instead of a novel. I love Daphne Du Maurier, and I think the short story on which the classic Nicholas Roeg horror movie is based is a superb little curio. But why do I wish I’d written it? That last line. My favourite last line in all of literature. And I won’t spoil it, if you haven’t read it, by telling you what it is.

There are so many gripping twentieth century novels about disturbed young men doing terrible things that it takes some doing to rise above the crop. There was no writer around like Quin in the sixties and early seventies, certainly not in the English language anyway, and she seems to be coming from a different place. And of course in Berg she has one of the great opening lines in all literature. Again I won’t spoil it if you don’t know it, but if you ever sit in a class where the tutor discusses great opening lines, and s/he doesn’t mention this one, just get your things and walk out.

The Power and the Glory by Graham Greene

A novel about faith, and betrayal, and doubt, and human frailty, all wrapped up in the dirt and dust of a Mexican chase narrative. To a certain extent, my goal in life from now on is to capture something of what Greene did with this book. A page-turner that simultaneously manages to discuss in precise terms what is means to have a relationship with god and your fellow human.

On the Black Hill by Bruce Chatwin 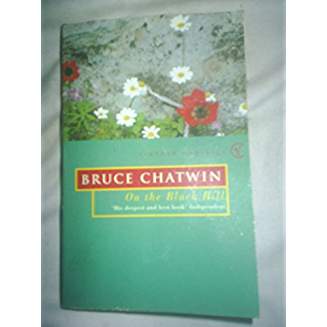 I’m Welsh, and this is my favourite novel about Wales (thousands of my countryfolk spit in horror). Chatwin was a mercurial character, but I do think this is his most complete work, and I think in many ways it’s a perfect novel, part realist, part parable.

I think Bellow was the greatest novelist of the twentieth century, and I would like to have written any of his books, to be honest. But Humboldt’s Gift is the book that has got me through a great many difficulties as a writer, and I still go to it regularly, open it to a random page, like charging a battery. As a stylist he has that perfect swagger between big idea intellectual and street hustler. As a structuralist he can take a light dinner date and make it stretch from the Big Bang to the distant mists of the future. 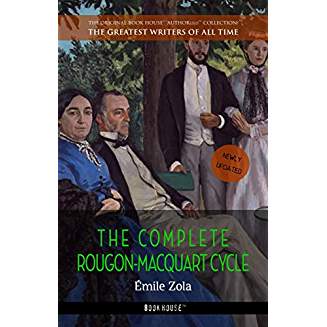 Again, not a novel, but a sequence of twenty novels, from France’s great chronicler of the working class experience. I haven’t read them all, but it’s an on-going project to read them in order, after having read Germinal (the ninth, I think) in university. I admire ambition in a novelist as much as anything else, and I love that Zola had the vision to do this, to dedicate his own life to a sequence. Incredible.

Three Men in a Boat by Jerome K Jerome

The funniest book I’ve ever read – laugh out loud, embarrass yourself on public transport funny. I have an idea in my notebooks for a comic novel, taking inspiration from my travels in India over the last couple of years, and I would never get far away from this book were I ever to sit down and write it.

Some Do Not… by Ford Maddox Ford

The first instalment of Ford’s tetralogy Parade’s End, perhaps the greatest prose work about the Great War. But it’s also a great modernist work, and the way Ford moves through time is something that fascinated me for years from a craft point of view. The amount he manages to do in the opening sequence on the train, when Macmaster and Tietjens head for Rye, is astounding, almost like a magic trick.

Again, as I said, I get a bit swoony when I encounter a work of unfettered literary ambition, and one day I’d like to have the gumption to do something like 2666, with its swirling narrative, its jumps between mystery to philosophical novel, it’s sheer exuberant joy in the way it seems to have no reader in mind, just an idea. Bolaño was a genius, and for all of the things I just said about 2666, it is still “unputdownable”. And it has that 10 page sentence (or however long it is). I have deconstructed that so many times. How, and why does that work so well? What a writer!

My thanks to Gary for some fascinating literary choices and a couple of books there that I need to put on my TBR list.

If you are interested in The Golden Orphans,  published by Parthian Books  you can purchase it here: Amazon    Waterstones