It’s almost noon in Stirling and the Golden Lion is buzzing with crime writers waiting for the unveiling of this year’s programme.

This intrepid blogger is waiting to hear all the details while simultaneously and surreptitiously refreshing the Bloody Scotland website to try and book tickets before the smallest and arguably therefore, the most popular event, Crime at the Coo, sells out.

I’m here at the launch to get the news hot off the press, so excited am I to attend this festival which features the very best of Scottish and international crime writing as well as giving a great profile for new writers in the genre.

So, what can lovers of crime fiction look forward to from 21 – 23 September?

At the launch with Alexander McCall Smith, Bloody Scotland revealed that the festival will close on 23 September with Irvine Welsh. 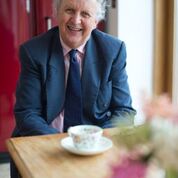 This year’s gala opening will take place on Friday 21 September where the McIlvanney Prize for Scottish Crime Book of the Year will be presented. Denise Mina and Val McDermid will then lead a torchlight procession – which the public are very much encouraged to participate in – to their event followed by a performance from the Fun Lovin’ Crime Writers.

There are also experts in their field including BBC security correspondent Frank Gardner, forensic scientists Dr Richard Shepherd and Professor Sue Black, Kate Bendelow, author of The Real CSI and consultant anaesthetist, Dr Marisa Haetzman who forms the other half of Ambrose Parry along with husband Chris Brookmyre.

Two book to TV events follow last year’s sell out event with Ann Cleeves and Douglas Henshall. MC Beaton will be appearing with cast and crew of her Agatha Raisin series and Helen Fitzgerald with an actor from the new TV adaptation of The Cry.

On the international front Bloody Scotland has a very special relationship with the Word Festival in Christchurch and will be welcoming Fiona Sussman and Paul Cleave, two winners of the Ngaio Marsh Prize, thanks to funding from Creative New Zealand. Also among those from 14 countries attending are Ragnar Jonasson, Simone Bucholz and Lilja Sigurdardottir and the (fan girl moment) amazing Sandrone Daziero. 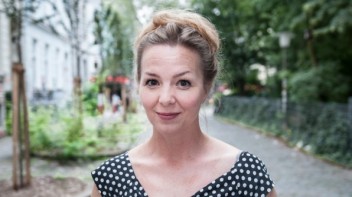 Bloody Scotland likes to nurture new talent ranging from  ‘support acts’ in the Spotlight sessions who read from their newly published books before the headliners in the Albert Halls to the aspiring authors who get the chance to pitch their ideas to a panel of publishers and agents. Alison Belsham who won Pitch Perfect two years ago will be back this year with her debut The Tattoo Thief which has just been published by Trapeze.

The Golden Lion will remain the social hub of the Festival with a Waterstones bookshop, well stocked bar, the ballroom for events and green room / press office. The Albert Halls will remain the largest venue with capacity for 700 and Allan Park South Church will also be used with bookshops at each.

Perennial favourites the quiz, the play and the Scotland v England crime writers football match (this year captained by Chris Brookmyre and Mark Billingham) will all be back along with last year’s surprise (to some)  hit, a live podcast of Two Crime Writers and a Microphone hosted by Steve Cavanagh & Luca Veste which generated as many laughs as the Crime at the Coo cabaret. Bloody Scotland will also be presenting their  first ever musical, an original piece from the pen of Sophie Hannah.

It’s a brilliant event – Scotland’s best and you will not want to miss it! So get clicking now, before the tickets disappear like snow off a dyke, as we say in Scotland.

Bloody Scotland is supported by the National Lottery through Creative Scotland’s Open Project Funding, Stirling Council,the Open University and Stirling University. Stirling Gin have remained a sponsor for a second year running and are kindly providing Bloody Scotland cocktails at both programme launches. Waterstone’s will once again be our festival bookseller and other sponsors include The Faculty of Advocates, The Sunday Times Crime Club, Headline Publishing and The Crime Vault We have also secured a number of new sponsors including H W Fisher who are specifically sponsoring the London launch and the green room during the Festival.