They say I’m a murderer.

Six years ago, Kate Reynolds was found holding the body of her best friend; covered in blood, and clutching the knife that killed her.

Kate has been in prison ever since, but now her sentence is up. She is being released.

There’s only one person who can help: Private Investigator Madison Attallee, the first officer on the scene all those years ago.

But uncovering the truth means catching a killer.

I really got caught up in I, Witness. For me it really was a one session read because once I had started I just didn’t want to stop. Most of that was due to the terrific protagonist, Madison Attallee, the perhaps archetypically troubled ex-cop, but my kind of woman. You know the one – she’s made some huge mistakes in her personal and professional life and now she’s working hard at getting her life back on track, but she can’t do that without a lot of nicotine which she hopefully imagines she can cover up with a liberal use of perfume and chewing gum. She doesn’t stop to eat, she’s hopelessly disorganised, a rock chic manqué and yet she used to be a great cop. Now, after a fall from grace, she is trying to build up a practice as a Private Investigator.

Into her office walks Kate Reynolds, newly released from prison, perhaps unwisely returned home to her stomping ground of Kingston, and starting to think, after pleading guilty to the manslaughter of her friend best Naomi and serving her sentence, that she might not be guilty after all.

Madison needs the work, but taking the case is more than that for her. She was the first officer at that murder scene. She remembers the state that Kate Reynolds was in, and something about the way Kate was treated and the absence of psychological care the traumatised girl should have had, did not sit well with the now ex-detective. That doesn’t mean she’s convinced of Kate’s innocence, but she’ll take the case.

Pretty much nobody wants Kate around. Her father, though providing financially for her, has not visited or spoken to her since the trial. Her brother communicated by letter once a month but is sure coming home is the wrong decision. Her sister is in a private healthcare facility and she has not heard from her or seen her in years and she won’t speak to her now. The parents of Naomi Andrews, the girl she pled guilty to killing, find it hard to take that she could be released after only six years and allowed to resume a life that is no longer available to their daughter.

Told in short chapters and using multiple voices this is a very well written story of lies, manipulation, and abuse. It is well plotted and some of the writing is so convincing as to be quite chilling, especially the relationship between Kate’s brother Marcus and his wife, Claudia.

The similarities between Kate and Madison make them well placed to form a tenuous relationship and it is clear that Kate’s isolation and vulnerability strikes a real chord with Madison; their relationship starts at a human level rather than simply professional and client.

I, Witness, has a well told, incisive and forceful plot that kept me captived and is utterly addictive. If I have a quibble, it’s only that the ending was a little too well tied up for me. I’d like to see more of the messed up Madison – and soon! 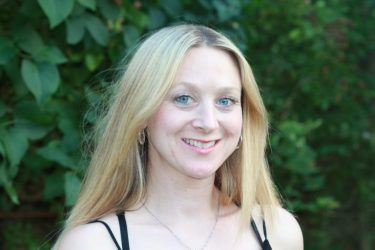 Niki studied Performing Arts at the BRIT School. It turned out that she wasn’t very good at acting but quite liked writing scripts. She went on to take a BA (Hons) in English Literature and Drama and later won a full scholarship for an MA in Journalism.

Niki loves words in many varied forms, and reads widely, but her first love is crime-fiction. She is interested in people and what makes them tick: class, prejudice, and feminism.