Publication: Available now in e-book and in paperback on 28th April 2018 from Orenda Books

Whitechapel, 1888: London is bowed under Jack the Ripper’s reign of terror.

London 2015: actress Julianne Bell is abducted in a case similar to the terrible Tower Hamlets murders of some ten years earlier, and harking back to the Ripper killings of a century before.

Falkenberg, Sweden 2015: a woman’s body is found mutilated in a forest, her wounds identical to those of the Tower Hamlets victims. With the man arrested for the Tower Hamlets crimes already locked up, do the new killings mean he has a dangerous accomplice, or is a copy-cat serial killer on the loose?

Profiler Emily Roy and true-crime writer Alexis Castells again find themselves drawn into an intriguing case, with personal links that turn their world upside down…

You would not think it to look at her. Petite; pretty; big eyes; singer of incy wincey spider to her little ones. Yet, inside this lovely woman is a story that grabs you and mercilessly plunges you into the depths of depravity.

It is quite a feat, the way Johana Gustawsson lures you in, a bit like the spider in her song. Take a good measure of horrific crime from the past – in this case Jack the Ripper. Tell your readers something they did not know – one of the Ripper’s victims was Swedish. Mix that up with some pretty gruesome contemporary crime with disturbing similarities that take place both in London and in Sweden and then weave all those strands together to at once create something truly exceptional and which leaves the reader completely immersed, utterly caught up in the story.

Following on from the awesome Block 46, Keeper once again pairs up profiler Emily Roy with true crime writer Alexis Castells in a case that takes the reader back to 19th Century London and the infamous killing spree of Jack the Ripper. Here is a London redolent with filth, bodily fluids, abject poverty and exploitation. You can almost smell the fetid atmosphere.

The plot effortlessly connects that time with contemporary murders in Sweden and London in 2015 and though the timeline dips in and out of the centuries, the story flows seamlessly and the reader has no trouble at all in following the narrative.

Roy and Castells, have a lot riding on them solving these murders; for both these women, these cases have profound implications. Gustawsson deftly weaves the stories together in her sticky web, crafting each strand so naturally that the characters come alive and you feel their pain.

I was captivated by this book. It is a real triumph of Gustawsson’s writing that the gruesome details she offers are transcended by the skill of her prose and the excellent characterisation. I didn’t see the end coming, and it utterly floored me. By the time she had finished weaving her web, I was an enthralled captive ready to accept my fate. 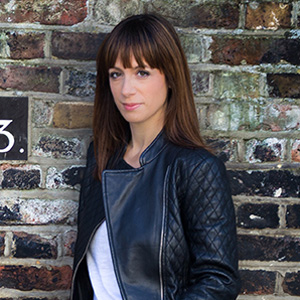 Born in 1978 in Marseille and with a degree in political science, Johana Gustawsson has worked as a journalist for the French press and television. Shemarried a Swede and now lives in London. She was the co-author of a bestseller, On se retrouvera, published by Fayard Noir in France, whose television adaptation drew over 7 million viewers in June 2015. Her debut,Block 46, was an award-winning, international bestseller, with Keeper following suit. She is working on the next book in the Roy & Castells series. 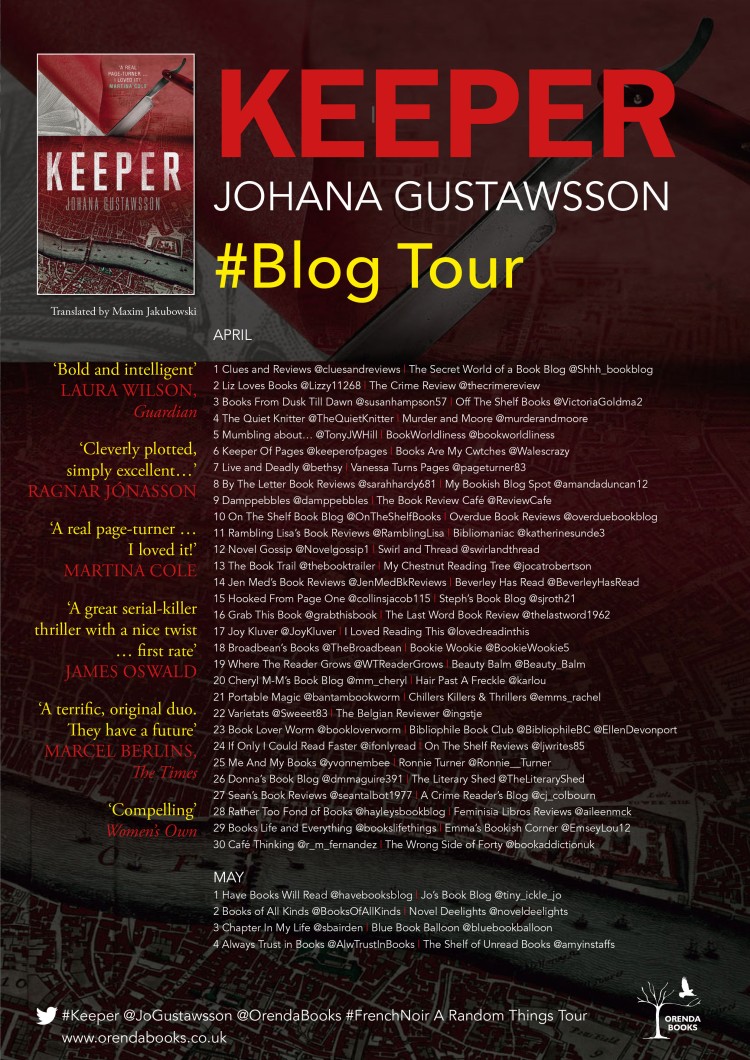