On the surface, Lara Chorley and Ruth Hull have nothing in common, other than their infatuation with Michael Vokey. Each is writing to a sadistic inmate, sharing her secrets, whispering her worst fears, craving his attention.

DI Marnie Rome understands obsession. She’s finding it hard to give up her own addiction to a dangerous man: her foster brother, Stephen Keele. She wasn’t able to save her parents from Stephen. She lives with that guilt every day.

As the hunt for Vokey gathers pace, Marnie fears one of the women may have found him – and is about to pay the ultimate price.

It always takes me quite a while to review a Sarah Hilary novel, because her writing so densely crams my brain with thoughts and images that I need time to take it all in and to process before I can begin to construct coherent thoughts.

I can tell you straight away that Come and Find Me is a bloody brilliant book. Brilliantly and tightly plotted, filled with exceptionally well-drawn characters and capable of wringing out deeply buried emotions from the reader.

The sheer complexity of Hilary’s novels always makes me gasp. She has so many things to say and she says them in such cleverly constructed and often explosive ways that I am in awe of her writing prowess.

There are many intertwined themes in this compelling novel some of which hark back to the first story in this (currently) 5 book series which started a little over three years ago.

DI Marnie Rome is called in to investigate the escape of prisoner Mickey Volkey during a riot at HMP Cloverton, during which Stephen Keele, her foster brother jailed for the murder of Marnie’s parents, was seriously injured and is now hospitalised.

The riot was brutal and bloody and the chief suspect of all that brutality, Mickey Volkey, is nowhere to be found, He has done a runner off the back of the chaos aftermath and has not been spotted since then.

The police focus is on safeguarding Julie, the woman he attacked that led to his sentence and on two other women who have been writing to him during his incarceration, Lara Chorley and Ruth Hull.

Sarah Hilary cleverly plays with the notion of coercive control  as well as showing us the ways in which communication can be a more effective tool than direct violence in a terrifying and dazzling display of just how possible it is for the pen to be mightier than the sword. The power of writing is one of the themes that permeates each of Hilary’s books, subtly, but ever present.

At the same time, she unflinchingly lays bare the contradictions at the heart of the prison system. Young boys replacing mature men as prison guards. Strong and positive rehabilitation confined to Cat C prisoners rather than those who need it most. A prison system that is over-crowded, underfunded, rife with corruption, drugs and the selling of secrets. A cruel and severe system that does more to harden criminals than it does to reform them.

All the way through the novel you have to stop and question everything you are told. Not one of the relationships in this book is quite as simple as it seems and the storyline takes some sharp and unpredictable turns. Families play an important role in the narrative. Mickey Volkey has a sister, Alyson. Marnie and Stephen are brother and sister. Marnie and Noah are like family, but Noah and Sol who are family, are divided right now and Noah’s mum is finding it hard to handle.

As Marnie and Noah work with Chief Inspector Lorna Ferguson to find Volkey and put him back behind bars, the impact of the story really hits home and the reader is left emotionally drained, not a little traumatised and questioning everything they once believed.

For my money, it is the most tense and powerful in the series so far and a triumph of Hilary’s writing skill. I loved it – genuinely loved it. 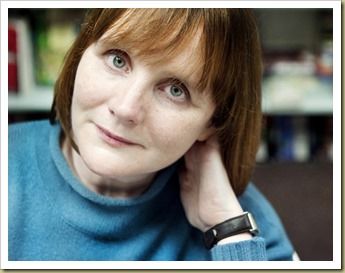 Sarah Hilary’s debut, Someone Else’s Skin, won Theakstons Crime Novel of the Year 2015 and was a World Book Night selection for 2016. The Observer’s Book of the Month (“superbly disturbing”) and a Richard & Judy Book Club bestseller, it has been published worldwide. No Other Darkness, the second in the series was shortlisted for a Barry Award in the US. Her DI Marnie Rome series continued with Tastes Like Fear, and Quieter Than Killing.