It begins, they say, with a woman screaming…

On a remote Scottish island, the McBride house stands guard over its secrets. A century ago, a young widow and her son died mysteriously there; just last year a local boy, visiting for a dare, disappeared without a trace.

For Zoe Adams, newly arrived from America, the house offers a refuge from her failing marriage. But her peaceful retreat is disrupted by strange and disturbing events: night-time intrusions; unknown voices; a constant sense of being watched.

The locals want her to believe that these incidents are echoes of the McBrides’ dark past. Zoe is convinced the danger is closer at hand, and all too real – but can she uncover the truth before she is silenced?

While You Sleep is not unfamiliar territory. A remote house on a small Scottish island steeped in mystery and folklore; a woman tenant who has come to the island looking for solitude and a contemporary mystery all rolled up into one ghostly, spine-chilling tale.

Zoe Adams has come to the island to take time out from her marriage and to see if she can rekindle her love of painting. She has come from the U.S.A. and has rented the remote McBride house, over the internet.

It is only a short time before she begins to hear stories from the local residents about the house and its previous occupants. A woman and her son died there in mysterious circumstances many years before and more recently a young boy has gone missing, last seen playing up at the house.

In the village she meets and befriends Charles, the local bookshop owner and Edward, a young schoolteacher. Charles tells her about the history of the house and the tales surrounding it and with the help of Edward, who has a tendency to follow her about like a lovesick puppy, and Charles she sets out to find more about her temporary home.

Part gothic horror, part supernatural mystery and part contemporary thriller, this is an atmospheric tale designed to chill you to the bone and to set you wondering what is real and what imagined. It’s ages since I read a sex scene and  one early on in the book both surprised me and reminded me of the days when I used to read my mother’s Dennis Wheatley novels covertly under the covers.

The village characters are well drawn and some of them are downright creepy and unpleasant, lending more credence to an already dark tale.

Stephanie Merritt certainly knows how to tell a good story, but be prepared for some necessary suspension of disbelief. 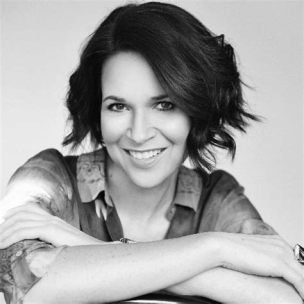 Stephanie started reviewing books professionally while reading English at Queens’ College, Cambridge. After graduating, she became Deputy Literary Editor of The Observer in 1998, where she also wrote features across most sections of the paper (even Sport and Motoring, about which she knows almost nothing). In 2005 she left the desk job to become a full-time writer, and has written for The Times, The Daily Telegraph, The Guardian, the New Statesman, Red, Grazia, Marie Claire, New Humanist and the TLS, as well as continuing to contribute regularly to The Observer.

Her first novel, Gaveston (Faber), was published in 2002 and went on to win a Betty Trask Award. She followed it with Real (Faber) in 2005, which she adapted for film for Gabriel Byrne’s production company, and her first non-fiction, The Devil Within (Vermilion), a memoir of depression and recovery that was shortlisted for the 2008 Mind Book Award.

In 2008 she decided to combine two of her literary passions, history and crime, and started writing Heresy (HarperCollins), the first in her series of historical thrillers under the pen-name S.J.Parris, featuring the 16th century heretic philosopher and spy Giordano Bruno. It was published in 2010 and was followed by Prophecy, Sacrilege, Treachery and Conspiracy, and a novella, The Secret Dead. The books have been Top 10 bestsellers in the UK and Canada; Heresy was a New York Times bestseller in the US, and the series has sold into 20 countries including Turkey, China and Brazil. Heresy, Sacrilege and Treachery were all shortlisted for the CWA’s Historical Dagger Award.