She will follow him anywhere. She’s even become a flight attendant for his airline, so she can keep a closer eye on him.

They are meant to be.

The fact that Nate broke up with her six months ago means nothing.

Because Juliette has a plan to win him back.

She is the perfect girlfriend.

And she’ll make sure no one stops her from getting exactly what she wants.

True love hurts, but Juliette knows it’s worth all the pain…

Sylvia Plath said “I must get my soul back from you; I am killing my flesh without it.” In Karen Hamilton’s debut novel Juliette’s soul is forever entwined with Nate’s.

Juliette Price has loved Nate for a long time. She is a different kind of protagonist in this psychological thriller by debut author Karen Hamilton. She is poised, can be quite funny, is completely goal oriented and will stop at nothing to get what she wants.

And what she wants is Nate.  Goodness knows why, I didn’t find him at all engaging, but Juliette has gone out with him before and she wants him back. She knows their destiny is entwined and she will plot and plan obsessively until she gets what she wants.

So as she undergoes a makeover and changes her job to be closer to Nate, and after six months apart she is ready to put her ‘together forever’ plan into action.

She has, of course been keeping an eye on Nate and his friends and family; she knows she can’t expect to waltz back in to his life without having done her homework there, and if she’s well, a tiny wee bit obsessed, what does that matter when love is at stake?

With wit and some fast paced and well-chosen prose, Karen Hamilton presents a page turner that both captivates and keeps you on the edge of your seat. For all that Juliette is a little bit obsessive, you do understand what she has been through and why it is important to her to be loved by Nate, and although she has turned into a wee bit of a stalker, it’s not always easy to feel sympathy for him, or his odious friends for that matter.

Karen Hamilton has written a beautifully complex character in Juliette, a woman so possessed by her passion that she will not hesitate to use anyone who comes into her orbit in pursuit of her ends.

Though it’s not all plain sailing, Juliette is prepared to modify and improvise when the need arises and she is a woman who always thinks well ahead.

I really enjoyed this book. Juliette is a brilliantly conceived voice and the perspective all comes from her point of view. Hamilton takes her time in uncovering a number of reveals each of which helps us to understand what went into creating Juliette’s ever so slightly sociopathic character.

The Perfect Girlfriend is a story of twisted love and loss, of tragedy, revenge and obsession.

Ah Nate, if only you had loved your Juliette as well as Romeo loved his…. 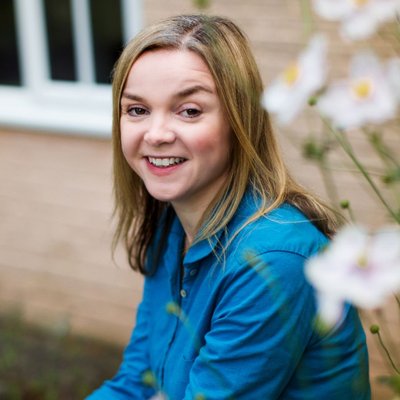 Karen Hamilton spent her childhood in Angola, Zimbabwe, Belgium and Italy, and developed a love of travel through moving around so much. This led her to a career as a flight attendant, and it was in the air that she thought of the idea for her debut thriller THE PERFECT GIRLFRIEND, which aims to explore not only obsession, but also the true faces behind those who go to work in uniform.
Karen is a recent graduate of the Faber Academy, and has now put down roots in Hampshire to raise her young family with her husband. 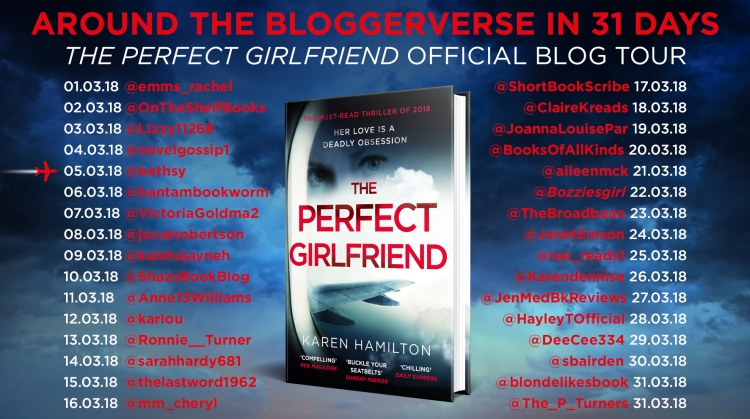