Publication: 27th February 2018 from Kensington Books in the US. Available now in the UK.

One moment, Selena Cole is in the playground with her children and the next, she has vanished without a trace.

Twenty hours later, Selena is found safe and well, but with no memory of where she has been.

What took place in those missing hours, and are they linked to the discovery of a nearby murder?

‘Is it a forgetting or a deception?’

I like Emma Kavanagh’s writing. There is something about the way she handles a police procedural that carries with it a sense of caring and humanity, even when the crimes she is writing about can be quite brutal.

Selina and Ed Cole used to run their own highly thought of boutique company. The Cole Company  specialises in Kidnap and Ransom, negotiating with kidnappers, liaising with insurance companies and advising  commercial companies on how to avoid being kidnapped, as well as how to react if the unthinkable happened.

Then Ed was killed after an attack in Colombia at a kidnap and ransom conference, and Selina has taken a back seat in the company ever since, leaving the day to day management to her sister in law Orla and her husband, Seth.

Still grieving for her husband and struggling with depression, Selina now devotes herself to looking after their two young daughters, Heather and Tara.

Then one day, while she is out at the playpark with the girls, she disappears and is missing for almost a day before she is found, shaken and cold and with no memory of what has happened to her.

DC Leah Mackay from the Herefordshire Police force is assigned the case, but with no leads and nothing from Selina than can help, this is a mystery that should be put on the back burner when a local solicitor, Dominic Newell is found dead and all hands are required to work on the murder.

Leah’s brother, newly promoted DS Finn Hale is put in charge of the murder investigation and Leah is able to use her sway with her brother to convince him that she should have a little leeway to pursue Selina’s disappearance and that her theory that the two incidents are connected is worthy of some consideration.

Dominic Newell was Beck Chambers’ solicitor. Chambers is former soldier who served in Iraq with Ed Cole but who has had trouble re-entering normal society and who is plagued with drink and drug problems. He is an obvious suspect but there is nothing to pin him down and the case is throwing up a number of other suspects, not least of whom is Dominic’s partner, Isaac.

Leah and Finn make a really good team. They understand each other and have their own shorthand which cuts through the normal police rivalries as well as providing different personality traits which allows them to work well as a team.

Leah is predisposed to be empathetic. As a mother herself, she understands that it would take something out of the ordinary to walk away from two young children, leaving them alone and out of doors, yet she thinks Selina is lying.

Finn needs to prove himself to his colleagues in CID as he takes on his first role as lead detective in a murder enquiry, and he can’t afford to make mistakes, so he is driven to make sure that this case goes by the book and he’s putting in the hours to make certain that he misses nothing.

Yet although there seems to be a plethora of suspects, nothing really fits together sufficiently for Finn and Leah to make a compelling narrative of a murder and this case gets more complex as the investigation goes deeper.

Kavanagh provides different narratives from Leah and Finn interspersed with case studies from the Cole Company which are fascinating in themselves and offer a glimpse into a world where cool heads are required if lives are to be saved.

As Leah and Finn work together, the strands of the multi layered threads that Kavanagh has sewn begin to weave together to form a picture that will lead them to the answers they have been looking for.

Intriguing, ingenious and original, The Missing Hours is a tremendously satisfying read and Leah and Finn are characters I’d really like to see more of. 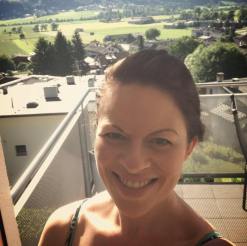 Emma Kavanagh is the acclaimed UK bestselling author of Falling and Hidden. Born and raised in South Wales, she is a former police and military psychologist. After completing her PhD, Emma began her own consultancy business, providing training to police and military across the UK and Europe. She taught police officers and NATO personnel about the psychology of critical incidents, terrorism, body recovery and hostage negotiation. She has run around muddy fields taking part in tactical exercises, has designed live fire training events, has been a VIP under bodyguard protection and has fired more than her fair share of weapons. She is married with two small sons and considers herself incredibly privileged to get to make up stories for a living.