Lauren’s job as a cold case homicide detective is her life. And life just got complicated.

Lauren Riley is an accomplished detective who has always been on the opposite side of the courtroom from slick defense attorney Frank Violanti. But now he’s begging to hire her as a private investigator to help clear his client of murder. At first Lauren refuses, wanting nothing to do with the media circus surrounding the case—until she meets the eighteen-year-old suspect.

To keep an innocent teen from life in prison, Lauren must unravel the conflicting evidence and changing stories to get at the buried facts. But the more she digs, the more she discovers that nothing is what it first appears to be. As Lauren puts her career and life in danger, doubt lurks on every corner . . . and so does her stalker.

When you read a lot of crime/thriller/psychological thrillers, there comes a point when you are on the verge of losing your mojo. Sometimes the answer is to read something for pure pleasure; sometimes it is to stop blogging for a while. And sometimes the answer is to pick up an honest to goodness uncomplicated crime novel and read it in one sitting.

Which is how I really got stuck into this book in a big way. Lauren is a cold case detective with substantial homicide experience and a P.I. licence for work she undertakes on the side, outside the jurisdiction of the Buffalo PD. She has a great working relationship with her younger partner Shane Reece and the two can judge each other’s moods and actions really well.

Twice divorced with two teenage daughters, she is still quite capable of making mistakes both in her personal and professional life, but she is no-one’s doormat and she loves her work in the cold case unit.

While working on a cold case, Lauren gets a call from an old adversary, defence lawyer Frank Violante. He is defending a young man accused of murder – a young man who happens to be his Godson and he wants to hire Lauren to investigate. Lauren has misgivings about working with Violante, who is a bit of a sleazebag as far as she is concerned, having come up against him while testifying in court on many occasions. Despite these reservations she agrees to meet and listen to the boy after which she consents to work with Violante to see what evidence she can uncover.

This decision will cause her nothing but headaches when she realises that not only is her ex-husband the arresting detective, but the District Attorney himself is prosecuting the case and that does not bode well for Lauren’s job in the Police Dept., even though there is no technical conflict of interest.

We follow Lauren’s investigation into both her cold case and the higher profile contemporary murder and when the courtroom action gets going, the sparks really start to fly. I enjoyed the cross examinations and the exposing of some fairly sloppy police work as well as the uncovering of another plausible scenario.

Though in some ways this is an archetypal US cop/PI legal thriller, with some fairly well understood characters, I think this is a strength. There are some neat twists and turns in the book and the cases are very tidily, if not entirely surprisingly, drawn to a close in this first book.

Will I read the second in the series? Too right I will! 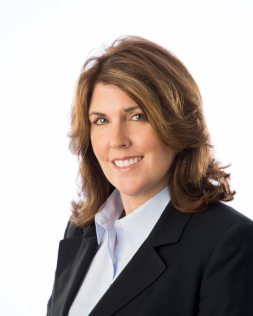 Lissa Redmond was born in Buffalo and grew up in a compact little neighborhood south of the city called Woodlawn, squashed between the massive Bethlehem Steel plant and Ford Stamping plant. Growing up she rode her bike, played on the shores of Lake Erie and never dreamed she’d someday be a cop.

During her days at the University of Buffalo she took the exam to be a city of Buffalo police officer and got on the job. At the age of twenty-two they gave her gun, a badge, a bullet proof vest, and put her on patrol. Twenty-two years, a detective’s badge, a fellow detective husband and two kids later, she retired to pursue a “normal” life.

She decided to become a writer instead.

Now she still lives in Buffalo with her husband, raises her kids, feeds and pampers her ungrateful cat, and writes about the things that kept her up at night, staring at the ceiling in the dark, asking herself, “What if?”

And she invites you to come along.