Fifty-something Shona is a proud former pupil of the Marcia Blaine School for Girls, but has a deep loathing for The Prime of Miss Jean Brodie, which she thinks gives her alma mater a bad name.

Impeccably educated and an accomplished martial artist, linguist and musician, Shona is thrilled when selected by Marcia Blaine herself to travel back in time for a one-week mission in 19th-century Russia: to pair up the beautiful, shy, orphaned heiress Lidia Ivanovna with Sasha, a gorgeous young man of unexplained origins.

But, despite all her accomplishments and good intentions, Shona might well have got the wrong end of the stick about her mission. As the body count rises, will she discover in time just who the real villain is?

This book is  delightful. What a hoot I had reading it. It is laugh out loud funny and a real charmer of a book. Imagine if you can a middle aged lady, who can only be from Edinburgh’s upscale area of Morningside. Down to earth sensible, very well-educated and conversant with several languages, she carries with her the confidence of one who has been to the best of schools, the titular Marcia Blaine’s School for Girls.

Now a librarian in Morningside’s Library, she knows it is her solemn duty to ensure that no borrower can ever lay hands on that travesty, that betrayal of a book which makes a mockery of her school’s dedication to academic and sporting excellence, The Prime of Miss Jean Brodie.

When, therefore, she encounters a request from a lady for the book, she finds all kinds of ways to obstruct the request. The borrower in question turns out to be none other than Marcia Blaine herself, looking as regal and authoritative as if she had not been dead more for than 200 years. The request, quite obviously, had been a test of Shona’s loyalty to the school and she is reassured to know that she has passed.

So of course she has no trouble at all in accepting a task from the Founder which requires her to travel back in time to 19th Century Russia in order to carry out an undefined mission. How she determines her mission is a huge part of this comedy of errors. Think of a female Bertie Wooster and the scrapes he gets into through total lack of comprehension of his situation and then overlay that with an image of Stanley Baxter in drag and you have some idea of the kind of person that is Shona McMonagle.

As she captivates and entertains the Russian aristocracy in her quest to find a partner for the young heiress Lidia Ivanovna, a girl more interested in marquetry than quadrilles, she will stop at nothing to ensure that Lidia is partnered with the handsome young protégé of a chubby bulging – ankled Countess, who has recently  re-entered society.

Fortunately, Shona has been provided with a very useful wardrobe of coats and ball gowns, all of which she is able to partner with her trusty Doc Martins. She has also been assigned the services of coachman Old Vatrushkin, a serf to whom she is able to explain, amongst other things, the delights of the square sausage.

Together with Lidia’s constantly knitting nanny, who knows all the family secrets, Shona is soon on the trail of those who would stand in the way of her mission

As dead bodies continue to pile up, Shona is unconcerned as she focuses on her mission of pairing Lidia and Sasha. She cuts a dash through social circles, capturing the attention of the Princess who presides over the social circuit.

Wojtas has put together a dazzling array of characters that truly come to life in this outrageous and irresistible comedy.

If you love to laugh, you have to read this book. 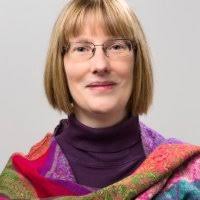 Olga Wojtas was born and brought up in Edinburgh where she attended James Gillespie s High School the model for Marcia Blaine School for Girls, which appears in Muriel Sparks The Prime of Miss Jean Brodie. She was encouraged to write by an inspirational English teacher there, Iona M. Cameron. Olga won a Scottish Book Trust New Writers Award in 2015 and has had more than 30 short stories published in magazines and anthologies.

Have a look at some other reviews on the blogtour here: 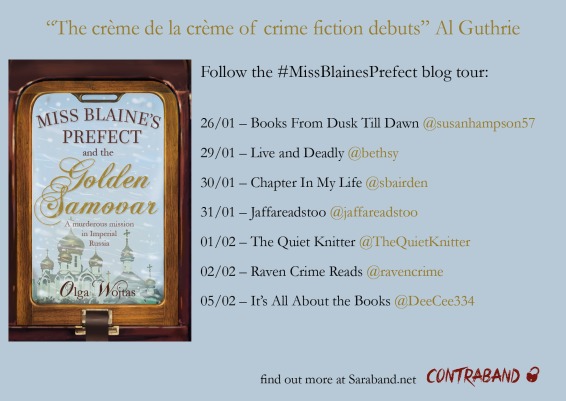