A MISSING GIRL. A DESPERATE FATHER.

A CASE WHICH WILL TEAR THEM APART.

Leonard Howell’s worst nightmare has come true: his daughter Caroline has been kidnapped. He can’t rely on the cops, so Howell calls the only man he trusts to get her back.

THE MAN WHO KNOWS THE TRUTH

Eddie Flynn knows what it’s like to lose a daughter and vows to bring Caroline home safe. Once a con artist, now a hotshot criminal attorney, Flynn is no stranger to the shady New York underworld.

… OR THE ONE WHO BELIEVES A LIE?

However, as he steps back into his old life, Flynn realizes that the rules of the game have changed – and that he is being played. But who is pulling the strings? And is anyone in this twisted case telling the truth…?

I love a good legal thriller and I have been seeing Steve Cavanagh speak at crime conferences for a while, as well as being a huge fan of his podcast with Luca Veste, under the name of Two Crime Writers and a Microphone.

But while I had read Luca’s books and really liked them, I had never read any of Steve’s, though I’ve had them all on my kindle for far too long.

So I thought it would be a good idea to review Steve’s latest novel in time to celebrate the paperback publication of The Liar.

So why did no-one ever tell me how brilliant these books are?! Eddie Flynn, the protagonist, is a character you just want to hear more and more of. A top notch con man turned criminal attorney, Eddie is the kind of character that makes a great legal series. Always sailing very close to the wind; never quite trusting anyone, ready to go to extreme lengths to keep an innocent client out of jail, Eddie Flynn is a joy.

Combine this terrific character with a plot that twists, turns, rotates and spins, and you have a real cracker of a book that not only keeps you guessing but also has great one liners, loads of thrills and a whole heap of tension. Move over John Grisham, I have a new legal love.

I can’t tell you how much I enjoyed this book. I now have to read everything Steve Cavanagh has ever published. Eddie Flynn is just sheer deliciousness on toast. The Liar is intelligent, accomplished and such a great read.

The Liar is so good that when I’d finished reading it, I swear I had a little happiness bubble inside. I can’t praise it more highly than that. 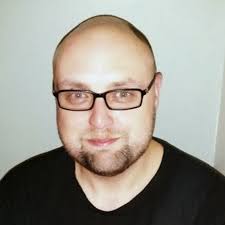 Steve was born and raised in Belfast, Northern Ireland. At 18 he moved to Dublin and studied Law, by mistake, and went on to be a pot-washer, bouncer, security guard and call centre operative before landing a job as an investigator for a large law firm in Belfast, where he eventually qualified as a solicitor. He then moved to a smaller firm where he could practice in the field of civil rights law. Steve has been involved in several high profile cases; in 2010 he represented a factory worker who suffered racial abuse in the workplace and won the largest award of damages for race discrimination in Northern Ireland legal history. He holds a certificate in Advanced Advocacy and often lectures on various legal subjects (but really he just likes to tell jokes).

Portable Magic
The Girl With All The Crime Books
thinkingmart.com

You read it, you love it!