Can a group of true crime addicts take on the police to catch a serial killer?

KISS THE GIRLS AND MAKE THEM DIE…

A young woman is found dead in her bedroom surrounded by rose petals – the latest victim of ‘The Lover’. Struggling under the weight of an internal investigation, DI Dominic Bell is no closer to discovering the identity of the killer and time is running out.

As the murders escalate, Clementine Starke joins an online true crime group determined to take justice in their own hands – to catch the killer before the police. Hiding a dark secret, she takes greater risks to find new evidence and infiltrate the group.

As Starke and Bell get closer to cracking the case neither of them realise they’re being watched. The killer is closer to them than they think, and he has his next victim – Clementine – firmly in his sights.

Well, blow me down with a feather, that @crimethrillergirl has done it again! I loved this book. From its terrific and unusual premise to the taut writing and really tense action packed scenes, Stephanie Marland has created another real winner of a series.

D.I. Dominic Bell is our hapless, lovelorn and somewhat stressed out detective. In the midst of an internal investigation into his last case which went badly awry and left his colleague and lover in hospital, Dom is struggling to understand what went wrong and why – and can only conclude that someone on the inside of the operation let them down badly. Then he is put in charge of the case of The Lover – a serial killer who has already killed two young women.

Clementine Stark, meanwhile, is hiding secrets of her own. A disillusioned child has turned into a difficult and slightly reclusive young woman, now studying for her PhD and looking at the way groups interact online. One of the groups she is looking at focusses on True Crime and Clementine’s initial proposal, that there is no way to crowdsource crime-solving, is now faltering in the midst of the information that a small and self-selecting group of people are bringing to the group about the case of The Lover. Clementine is part of this group and she wants to know if they can really succeed where the police have so far failed.

Clementine is a bit of an odd character. Clearly intelligent, she is a bit of a loner, and her internal monologue adds to the feeling of uncertainty and, well, just something slightly dangerous about her. I love that, and especially so that we know there is much more to learn about this woman as the series progresses – which I really want it to now I have read the first one.

These are fascinating characters, surrounded by difficult problems and personalities which threaten to derail them from finding out the truths they seek. A page-turning, compulsively addictive twisty thriller, this was one of those books you can’t put down until you know how it ends.

My Little Eye has great complex characters with lots going on outside of the main police procedural, undercurrents of police corruption and a true crime theme that chimes really well with the current focus on podcasts like Serial and programmes such as The Making of a Murderer and uses social media handles and twitter hashtags to terrific effect.

In short, My Little Eye is too good not to read. Go get it now! 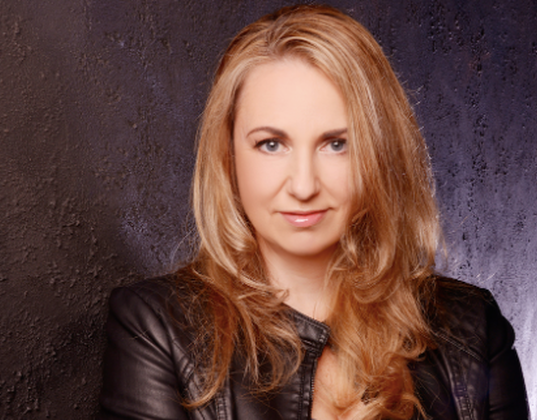 Stephanie Marland has worked in the University sector for over ten years and published research on how people interact and learn together in virtual environments online. She’s an alumni of the MA in Creative Writing (Crime Fiction) at City University London, and an avid reader of all things crime fiction, blogging about books at www.crimethrillergirl.com.

Steph also writes the Lori Anderson action thriller series (as Steph Broadribb) for Orenda Books, the first book Deep Down Dead is out now and the second, Deep Blue Trouble is coming soon.