The bullet in his brain isn’t the problem. She is.

Michael North is a hero, with a bullet in the brain to prove it. A bullet which has rewired his neural pathways and heightened his sense of intuition. A bullet which is driving him mad. Working for an extra-governmental agency called The Board, North knows one thing for sure. He is very good at killing very bad guys. But what happens when a hero is ordered to kill a good woman rather than a bad man? Because it turns out that rising political star, Honor Jones, MP, can’t stop asking the right questions about the wrong people.

Killing State is certainly a worrying action thriller for our times. Michael North is our protagonist, young, good looking, but walking around with a death sentence quite literally in his head. Prone to blinding headaches as a result of the bullet in his brain which is simply too dangerous for surgeons to remove, North also has flashes of extreme empathy or intuition, which leads him to believe he knows what someone he is in physical proximity to is thinking or has been through.

It’s not an intuition he trusts entirely, and it doesn’t drive his decision making, but occasionally it comes in useful.

When we meet him he is scoping out his current target. Knowing that might die at any point, he has accepted a commitment to work on behalf of his country, ‘neutralising’ enemies of the state discreetly and covertly.

But in this scenario, it is not enough to accept that you are one of the good guys, because right and wrong are difficult and shifting concepts, and whose side you are on can change from day to day.

This is Britain edging closer to totalitarian government; a Britain where even the army is newly privatised and where working out who the good guys are is harder than it should be.

So when his target turns out to be Honor Jones MP, he hesitates. Because Honor is also one of the good guys, isn’t she?

With echoes of Jack Reacher (loner, acute moral compass) and Michael Dobbs’ House of Cards trilogy, (politics, backstabbing, intrigue) Killing State is a riveting and action packed thriller which works because it is plausible in an implausible world.

Nothing is straightforward as North struggles to work out whether there is anyone he can trust and in the end his ally is a young Chinese girl called Fang Fang whom he is forced to rely on in order to unravel the mysteries with which he is confronted.

I particularly enjoyed this thriller because it has a range of strong women characters from Honor, the ambitious politician to Jess, Fang Fang and the just out of reach Peggy, a brilliant scientist and staunch friend.

Along the way, too many people will die and North will be left wondering who, if anyone he can trust.

Killing State is an impressive high octane thriller with a protagonist you’ll undoubtedly want to hear more from.

Her two non-fiction books, Wife in the North and A Year of Doing Good were both published by Viking Penguin. Wife in the North (2008) reached number three in theUK bestsellers’ chart and was in the top ten for five weeks. It was also a top ten bestseller in Germany. It sold into ten countries, was serialised by The Sunday Times and the Daily Telegraph, was a BBC Radio 4 Book of the Week, and was based on Judith’s eponymous blog which was named as one of the top 100 blogs in the worl by The Sunday Times.

Judith’s blog is credited with kicking off the popularity of domestic blogging in the UK. For A Year of Doing Good, she did a good deed a day for a year. It did not make her a better person. She has taught memoir and blogging at Newcastle University, and occasionally advises on strategic communications.

Most of all though, she writes and drinks tea. Occasionally, she shakes things up and drinks covfefe. 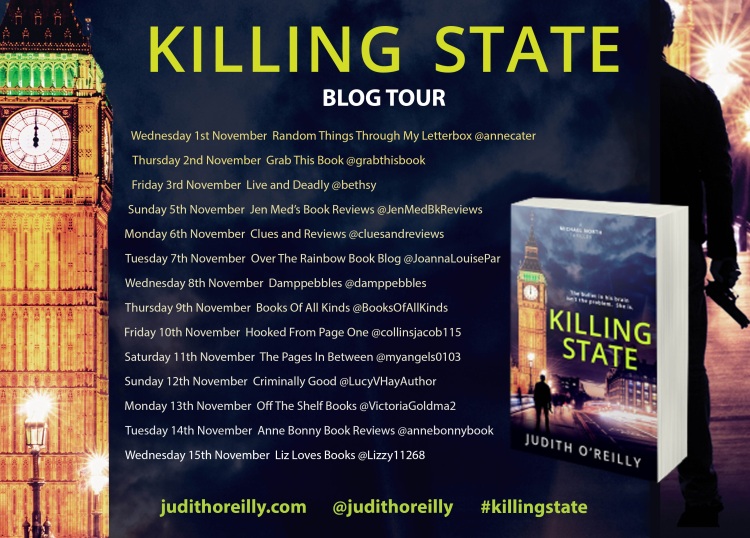