Alex Taylor wakes up tied to an operating table. The man who stands over her isn’t a doctor.

The choice he forces her to make is utterly unspeakable.

But when Alex re-awakens, she’s unharmed – and no one believes her horrifying story. Ostracised by her colleagues, her family and her partner, she begins to wonder if she really is losing her mind.

And then she meets the next victim.

So compulsive you can’t stop reading.

So chilling you won’t stop talking about it.

Apparently this book is the No 1 Best Seller in the Amazon category of Anaesthesia Nursing, which is only slightly more terrifying than the actual book.  Don’t Wake Up plays to all my darkest fears and is an edge of the seat psychological thriller.

A fast paced read, this book sent shivers up and down my spine as the medical and psychological torture inflicted upon the victims is really chilling.  Dark and intense, the story focuses on Alex an independent young doctor with a stellar career, who finds herself the victim of a horrifying attack, but what is worse is that no-one believes her and she is gradually ostracised by her friends and colleagues.

Isolated and afraid, she has no idea how to convince the police that she is telling the truth. Worse than that, as more deaths occur in the hospital, Alex herself becomes the focus of the police investigation.

I enjoyed the storylines around the police investigation and the tension between the cops, though there was one police officer who I thought was a bit too stereotypical. Lawler does a good job of showing Alex’s mental state deteriorating as she fruitlessly tries to convince everyone around her that she isn’t making the whole thing up.

Easy to read and with a compelling premise, I enjoyed this book. It doesn’t especially stand out in this genre, but when you want something that is going to unsettle you as well as keeping you transfixed, this debut novel is just the job. I will look out for more from this author.

Don’t Wake Up is published in paperback by twenty7 on 5th Oct. 2017 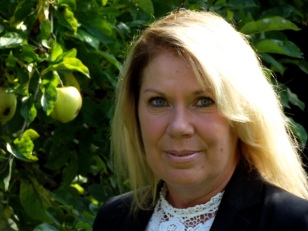 Born in Chatham and partly raised in Dublin, Liz Lawler comes from a large family where she shared underwear and a place at a table for meals with her thirteen siblings. Liz has been a nurse for over twenty years in a hospital emergency department, a flight attendant and a manager of a five-star hotel. She now lives in Bath with her husband and Don’t Wake Up is her debut novel.