Alex Cross’s niece, Naomi, is missing. Cross fears the disappearance could be linked to a string of recent abductions and murders. Two brilliant and twisted killers, operating on opposite sides of the country, are collaborating and competing, encouraging each other to perpetrate increasingly horrific crimes.

Cross must hunt down these two brutal masterminds – not only to rescue his niece, but also to save the lives of the many others still in danger…

I’ve chosen this because I’m looking for a sure fire summer thriller to read while I am on holiday and I haven’t read any James Patterson for a long time and his Alex Cross books always deliver just what you need.

Yes they are a bit formulaic; certainly they are a quick and easy read. They do tend to get grislier as they go along and yet, though Cross is my favourite character of all Patterson’s myriad series, they are a bit predictable. You could probably transpose the family passages into any of the other Cross books and vice versa. There’s the obligatory love interest; threats to family and or loved ones and – always a good move – a nod to the next Cross book.

But Patterson is a master of the storytelling genre. He knows how to tell a fast paced story. He understands a short attention span and he revels in writing warped serial killers. And sometimes, you know, you don’t want to have to think, just to be carried along by the storyline.

All in all, I got what I expected and enjoyed it. But as I read more and more, I’m thinking that perhaps I’ll give the next one a miss.

Kiss The Girls was published by Arrow on June 29th 2017 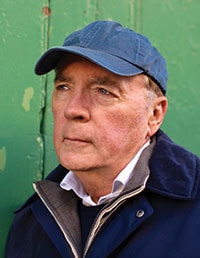 James Patterson has created more enduring fictional characters than any other novelist writing today with his Alex Cross, Michael Bennett, Women’s Murder Club, Private, NYPD Red, Daniel X, Maximum Ride, and Middle School series. As of January 2016, he has sold over 350 million books worldwide and currently holds the Guinness World Record for the most #1 New York Times bestsellers. In addition to writing the thriller novels for which he is best known, he also writes children’s, middle-grade, and young-adult fiction and is also the first author to have #1 new titles simultaneously on the New York Times adult and children’s bestsellers lists.

The son of an insurance salesman and a schoolteacher, Patterson grew up in Newburgh, New York, and began casually writing at the age of nineteen. In 1969, he graduated from Manhattan College. He was given a full ride to Vanderbilt University’s graduate program in English but dropped out after a year, knowing that he wouldn’t be able to continue reading and writing for pleasure if he became a college professor.

Instead, he moved to New York to become a junior copywriter for the advertising agency J. Walter Thompson, eventually becoming CEO of its North American company.

In 1976, while still working for J. Walter Thompson, Patterson published his first novel, The Thomas Berryman Number, with Little, Brown and Company. After being turned down by thirty-one publishers, it won the Edgar Award for Best First Novel. Patterson’s 1993 novel, Along Came a Spider, his first novel to feature Alex Cross, was also his first New York Times bestseller in fiction.