Robin and Sarah weren’t the closest of twins. They weren’t even that similar. But they loved each other dearly. Until, in the cruellest of domestic twists, they were taken from one another.

Now, in her early 30s, Robin lives alone. Agoraphobic and suffering from panic attacks, she spends her days pacing the rooms of her house. The rest of the time she watches – watches the street, the houses, the neighbours. Until one day, she sees something she shouldn’t…

And Sarah? Sarah got what she wanted – the good-looking man, the beautiful baby, the perfect home. But she’s just been accused of the most terrible thing of all. She can’t be around her new family until she has come to terms with something that happened a long time ago. And to do that, she needs to track down her twin sister.

But Sarah isn’t the only person looking for Robin. As their paths intersect, something dangerous is set in motion, leading Robin and Sarah to fight for much more than their relationship…

There’s a Philip Larkin poem, called This Be The Verse, the first line of which pretty much sums up the central theme of this book. “They fuck you up, your mum and dad. They may not mean to, but they do.”

Robin and Sarah are twins who, though very different, have been brought up together within a fairly loving family. Jack and Angie Marshall rub along well enough and life is fine. Robin Marshall is smal with unruly hair, dark eyed, and passionate. Sarah Marshall is the good girl, malleable, a people pleaser, and peace-maker.

Callum Granger is the shy, quiet, son of Drew and Hillary, whose marriage is less than happy and it is Callum who suffers the most when things are not going well.

So when Jack and Angie strike up a friendship with neighbours Drew and Hillary, the children end up spending a lot of time together, and Callum almost becomes one of the family.

But as their parents get to know each other better, the children are faced with a reality that none of them ever saw coming. Their parents split up and decide, without consultation with either child, that the twins will be brought up separately – Robin by her father and his new partner, Sarah by her mother and her new partner. Sarah ends up living in the United States, while Robin and Callum stay in the girls family home in Berkshire.

Told alternately through Robin and Sarah and in two timelines – present day and childhood 1990’s, this is a slow but gripping read. Well written and well paced, there’s an air of inevitability about the car crash that’s about to happen, but you can’t help but watch, fascinated as events unfold in front of you.

Though it is undoubtedly an accomplished psychological thriller, I was also struck by how sad this book is; how many lives are wasted because of failed relationships; lies and truth avoidance.

There are many themes woven throughout the story which is sensitively told, and it twists and turns in a satisfying way until it reaches its dramatic conclusion.

Each of these children has been damaged in a way that they are unable to recover from on their own. Their truths are ones they keep buried because they can’t bear to face them – the kind that make you not want to close your eyes because you don’t want the dreams that sleep will bring.

Haunting, sad, chilling. Don’t Close Your Eyes is a book which ultimately finds a way to redemption, but not before the reader has felt a massive anger at what these parents did to their children. 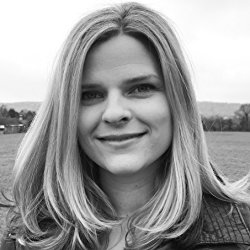 Holly Seddon is a full time writer, living slap bang in the middle of Amsterdam with her husband James and a house full of children and pets. Holly has written for newspapers, websites and magazines since her early 20s after growing up in the English countryside, obsessed with music and books.

Her first novel TRY NOT TO BREATHE was published worldwide in 2016 and became a national and international bestseller.