Can’t exactly classify this as a problem, but I realised while I was away over Christmas that I have a huge backlog of books that I want to read but haven’t got round to. And the reason for that is that the books I am reviewing take precedence in my reading, so that I can blog about them in advance of their publication.

But none of that works for me if I don’t also take time to read the books that I have bought and look forward to reading. Not to mention recommendations from my shared Kindle list. So while I was away, I took the time to catch up on some books that I’m not going to write about at length. 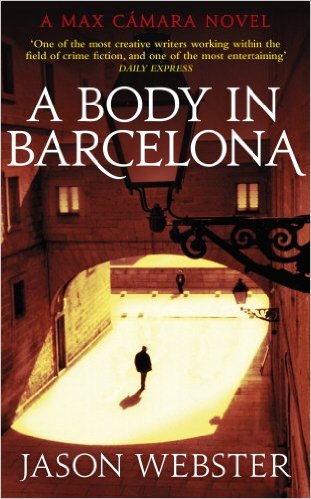 I was in Spain, so I took the opportunity to catch up with Jason Webster’s Inspector Max Camara Valenciana novels. Delightful, different and with a nice political backdrop, these are charming and interesting detective stories. A Body in Barcelona is set in contemporary Spain with the recession biting and the threat of Catolnian independence hovering in the forefront. Against this backdrop, fascism is not far from the surface and Camara finds himself being used – but it is hard to tell just who are the forces of enlightenment in this complex but excellent novel.

I also read Val McDermid’s stand-alone novel The Grave Tattoo. Different in tone and slightly less dark than her Wire in the Blood series, this book entwines a contemporary series of murders with a mystery from the era of Wordsworth and the mutiny on the Bounty. Thoroughly enjoyed it and as ever the ending did not disappoint. I adore Val’s writing and one of the things that prompted me to write this post was the realisation that I have not yet got round to reading her newest Tony Hill novel, Splinter The Silence. I am intending to rectify that very shortly, alongside Ian Rankin’s Even Dogs in The Wild and Helen Cadbury’s Bones in the Nest.

I also caught up with the 4th in the excellent M.J. Arlidge series featuring D.I. Helen Grace, one of the best female detectives to come along recently (alongside Sarah Hilary’s D.I. Marnie Rome). Her most recent book, Liar Liar, takes Helen and her team into one of the most awful ways to commit murder – arson. Helen’s own personal life once again takes backstage to her professional career and with the introduction of a new boss, Gardam, who proves hard to read, Helen is left feeling slightly off balance. These novels are quite hard hitting – in different ways – and make for a compelling character. Can’t wait to read the next one, due out in March, Little Boy Blue. 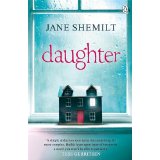 Jane Shemlit’s Daughter was an enjoyable read from a debut author. I liked the way she told her story through the impact of the disappearance of a 16 year old girl on her family. Told through the eyes of her mother, Jenny Malcolm, this is a tale about secrets, about guilt and the way that even people who we believe are closest to us can still be strangers. As a working mother, Jenny feels somehow responsible for Naomi’s disappearance and as her family begins to unravel she sets out to find all she can about what happened to her daughter.

I have also read Shtum by Jem Lester, courtesy of Tracy Fenton’s TBC, This is a truly lovely book, which I will review in more detail slightly later this week.
I have still loads of catching up to do – there are new books in my list from Sarah Paretsky; Michael Connolly, the fabulous Faye Kellerman; Jeffrey Deaver (not to mention another from her husband, Jomathan), Sue Grafton and others too numerous to mention. And I still have to read anything by Eva Dolan, Adrian McKinty, Luca Veste, Mason Cross – it’s going to be a busy few weeks.

Portable Magic
The Girl With All The Crime Books
Nerxes.com

You read it, you love it!